Traveling through Kyoto to Nagoya, the Springbok's base | KAYA FM
On Air 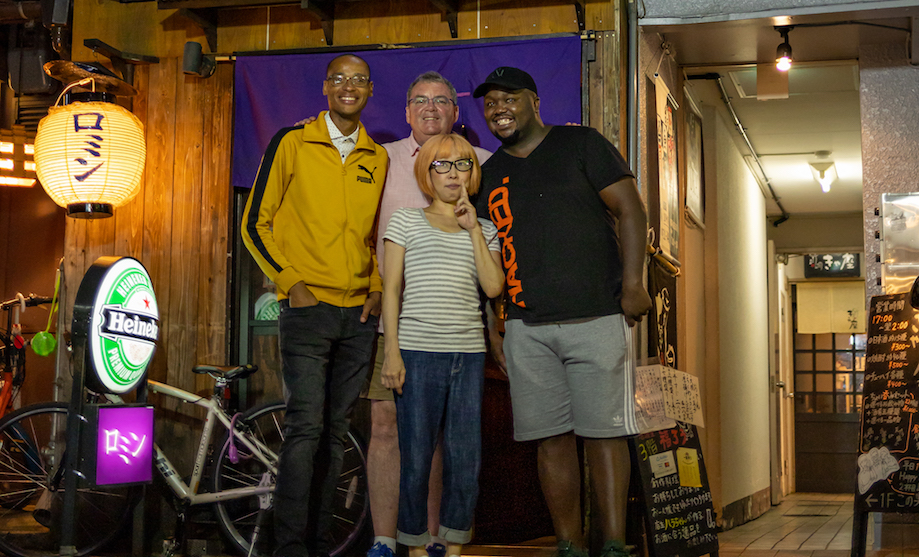 Traveling through Kyoto to Nagoya, the Springbok’s base

The KayaFM team refused to say “sayonara” to Tokyo because that’s got too much of a ring of finality to it. Instead, we say “mata ne”, which is the more informal Japanese way of saying goodbye. It’s more of a “see you again”. We will be back in Tokyo one day!

We traveled by Bullet Train on a two and half hour journey to the cultural capital of Japan, Kyoto. 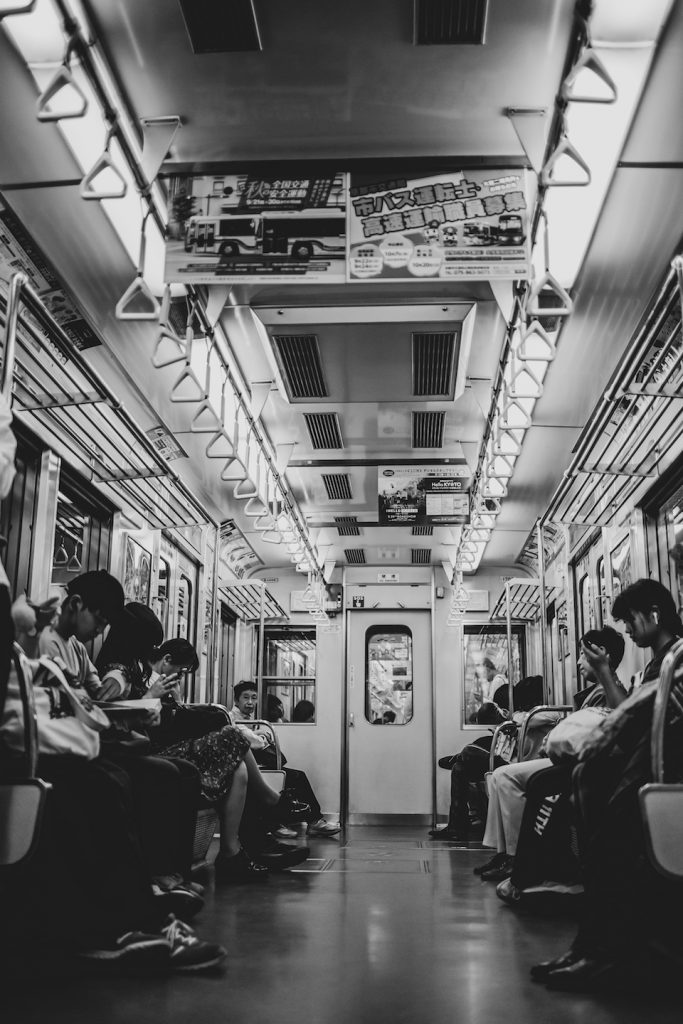 We arrived in the afternoon, just in time for our Monday morning broadcast of Kaya Breakfast at 13h00 Kyoto time with little time to explore.

So after the show we hit the markets, pubs and restaurants of Kyoto. The city is very different to Tokyo. Instead of the impressive glass and steel skycrapers of modern Tokyo with its wide streets, Kyoto is ancient and the narrow streets and meandering streams bear testament to the age of the city.

The night life is vibrant, the neon advertising signs are bright, the streets are bustling with people who were enjoying the end of a public holiday in Japan, Autumn Day. Despite the day marking the start of the new cooler season, it was warm and slightly humid rather like Durban in Spring.

We found several hole-in-the-wall pubs to enjoy the local beers and watch the only rugby match being played that evening, Wales against Georgia.

This morning we visited a UNESCO World Heritage Site, appropriately on National Heritage Day in South Africa. We went to the Kinkakuji Temple, also known as the Temple of the Golden Pavilion, a shariden containing sacred Buddhist relics. 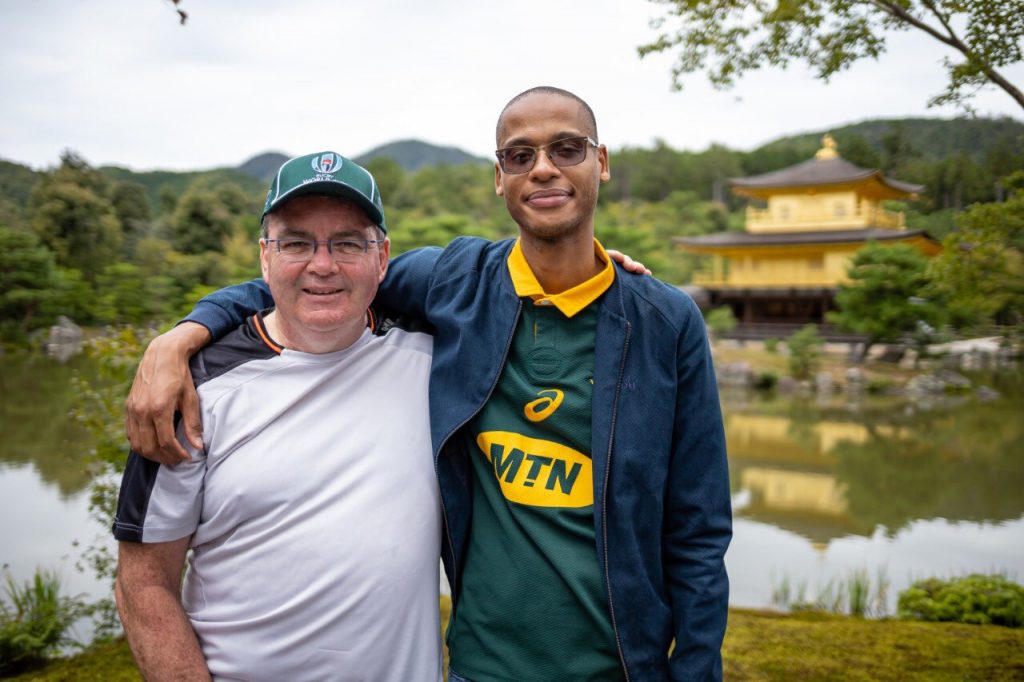 I had seen photographs of this three-storey structure before, but nothing could prepare me for the actual site of the building as it came into view. It’s utterly breathtaking, especially when you consider that it dates back to 1394 and is clad in gold. Actual gold. It’s a wooden structure that’s over 12m high, but clad from top to bottom in gold. It’s surrounded by a beautiful lake, filled with exotic fish with a forested hill as a backdrop.

Unlike Tokyo, which was bombed by the Americans in World War II, Kyoto was spared that destruction. However, the Golden Temple was damaged by fire in the 1950s and has been extensively refurbished.

It’s a popular tourist attraction, so be prepared to jostle among the other sightseers to get your photos.  While we were there, I took advantage of a ritual designed to bring good fortune. There is a mini-shrine featuring a stone statue of Buddha, sitting in front of a stone pot. If you throw a coin into the pot, you make a wish. I threw a couple of 5 Yen coins into the pot and gave the Springboks some #WordsOfGreatness in line with FNB’s campaign to support our rugby boys by wishing them good luck in their upcoming match against Namibia. When we beat them, I’ll feel I played a small part in that victory.

The visit to the Temple can be done in an hour which was enough for the team before we headed back to the hotel for Tuesday’s edition of Kaya Breakfast. Tonight we’re off to explore more of this fabulous city.

Sometimes a plan just comes together. Last night, we were sitting in a little pub in Kyoto discussing the next day’s broadcast and how we needed to do something different. We are in Japan courtesy of FNB supporting their fabulous initiative to get fans to send messages of support to the Springboks on social media using #WordsOfGreatness. On the spur of the moment, we decided to go up to Nagoya, where the team is based ahead of their next game against Namibia on Saturday, and take them some #WordsOfGreatness.

We had no idea where we would set up our broadcast position, whether we could connect to the studio in Johannesburg, or whether we would even be allowed into the Springboks’ hotel (we’re not accredited media). We didn’t have a plan. And with that in mind, we decided to head off to Nagoya after breakfast the next day anyway. 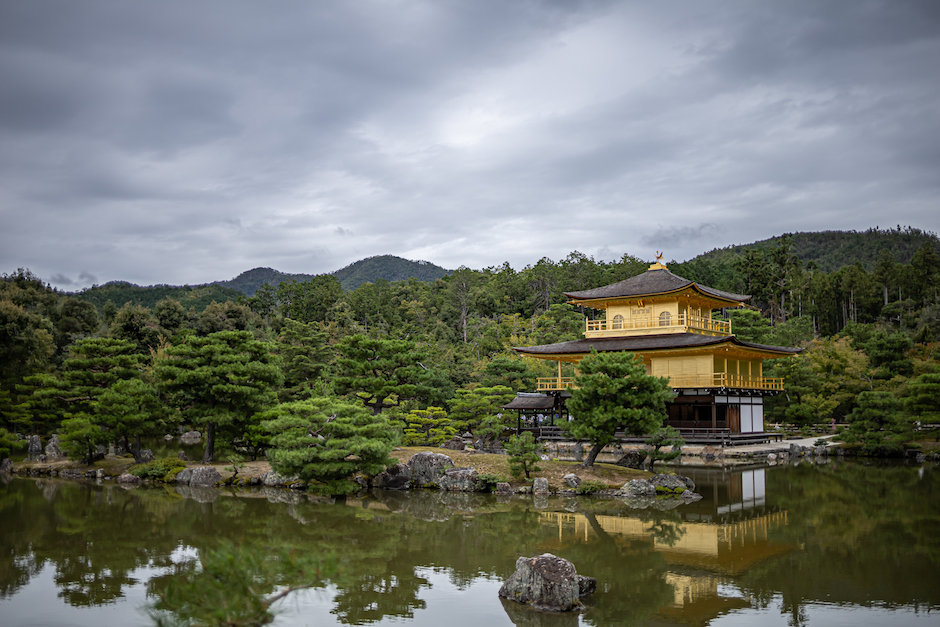 What we did know is that we are streetwise when it comes to broadcasting, we are a confident bunch and we work for KayaFM which is known for going rogue when it feels the situation is right. We hopped on to the subway bound for Kyoto Stadium – three presenters (Mosibodi Whitehead, Skhumba Hlophe and David O’Sullivan), one technical boffin (Nizaam Ajouhaar) and one videographer (JD Mostert).

A couple of useful apps guided us through the subway system and onto the breath-taking Bullet Train. It’s 130km from Kyoto to Nagoya, so we figured it would take at least an hour to get there. We forgot that the Bullet Train is so named for a reason. It goes like a bullet. Within 25 minutes we were pulling up at Nagoya Station. Another useful app guided us to the Springboks’ hotel which was within walking distance.

At the hotel we met up with Marnus van Huyssteen, who is Head of Division at Advent Sport Media and Entertainment. He works closely with the FNB Sponsorship team that is responsible for putting together the #WordsOfGreatness campaign. He showed us the large monitor in the Springboks’ team room where all the messages of support for the Springboks are loaded. He told us the players are loving the support and shared photographs of them watching the videos and reading the messages.

We set up our broadcast unit in his room, connected to the Joburg studio and presented the Japan section of Kaya Breakfast from Nagoya. During the show, coach Rassie Erasmus and some of the players held a news conference to announce the Bok team for Saturday’s match. Mosibodi quickly ran down with Skhumba and JD to the media centre while David and Nizaam continued the broadcast in Marnus’s room.

Half an hour later the boys were back with a recording from the news conference and interviews with a couple of the players. We were ahead of the media pack getting the information on air.

The broadcast was a great success both from a content and a technical point of view. But there was one last bit of unfinished business. When Skhumba was at an FNB breakfast function for the Springboks in Johannesburg prior to the team’s departure for Japan, he told captain Siya Kolisi that he would see him in Japan. Knowing that Skhumba is a comedian, Siya thought he was joking and laughed him off. Skhumba was determined to find Siya to show him he was being serious. “Finding Siya” became a project.

So did Skhumba find Siya? Listen to Kaya Breakfast tomorrow morning at 07h40 to find out.