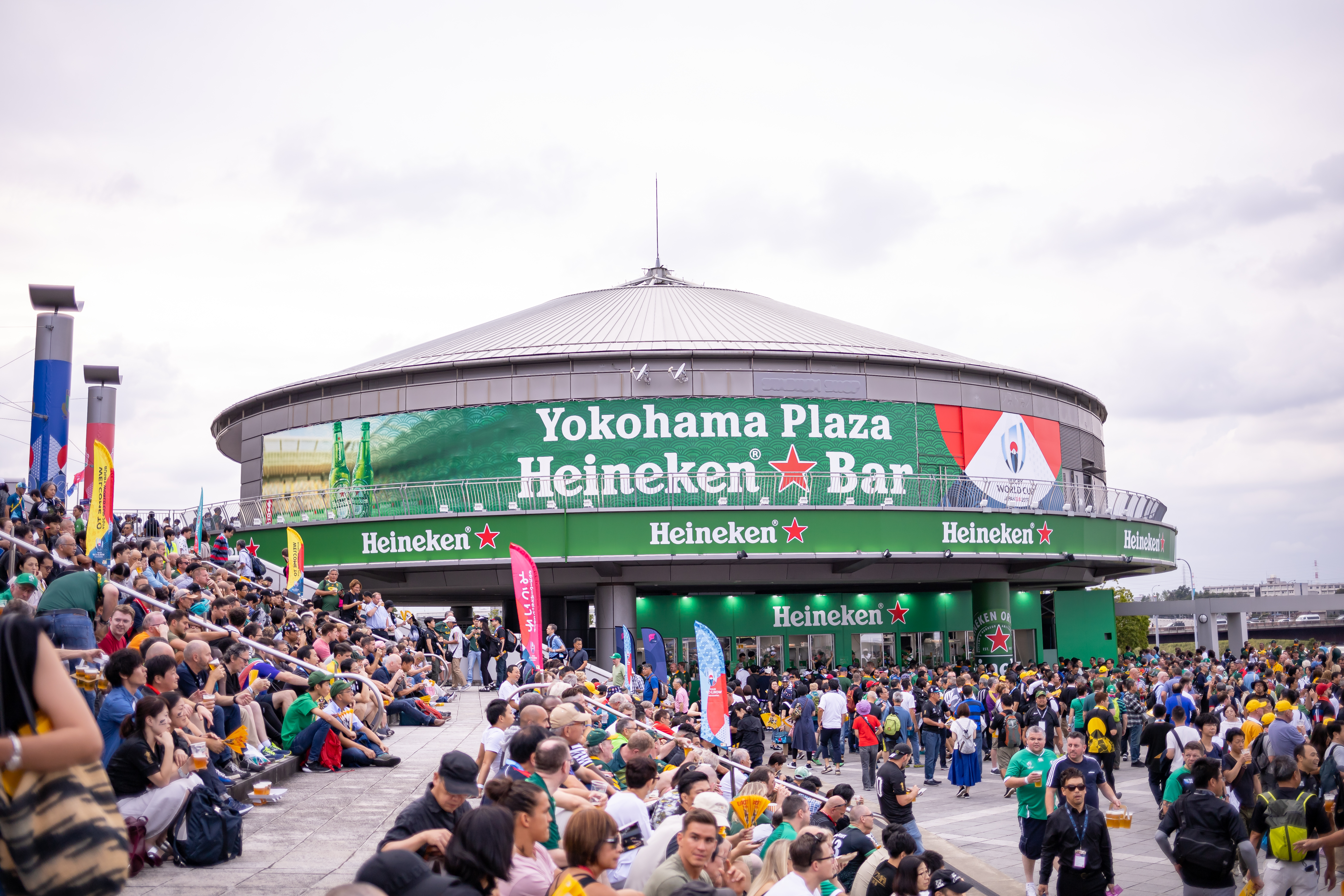 Springbok hit speedbump but fans stay behind them

By Mosibodi Whitehead.
So far as the overall experience goes, little could have prepared me for my Japanese Odyssey. After a journey almost 30 hours long, having traveled half way around the world we finally found ourselves sitting front and centre at the Yokohama Stadium for South Africa’s opening match of the Rugby World Cup against New Zealand. 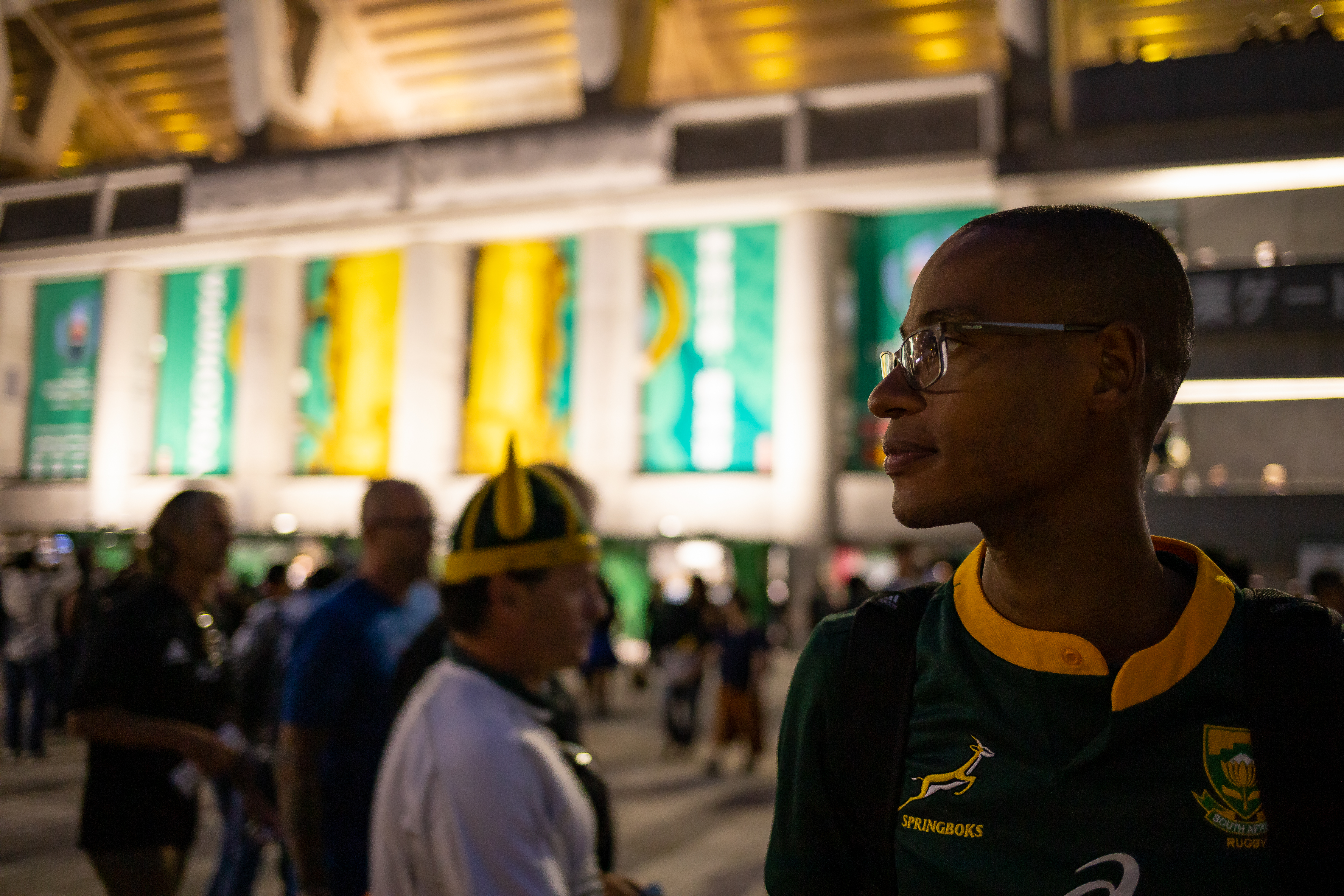 Such is the rivalry between the two giants of rugby that their last three meetings produced one 2-point victory for each side and 16-16 tie in their last clash in July. Those statistics pointed to two certainties: that it would be a close game and that it would take a brave man to bet his bottom Yen on the winner.
Also Read: Tripped on first hurdle, but abundant adventures ahead
But in the words made famous by a coach who made a name for himself chasing the round ball, statistics (like a bikini) do not reveal everything. And what the last three clashes between The Springboks and All Blacks failed to forecast was the importance of the occasion. A young Bok team led by a captain Siya Kolisi at his first World Cup and a coach Rassie Erasmus coaching at his first showpiece made mistakes, missed some tackles and weren’t helped by some quizzical refereeing. 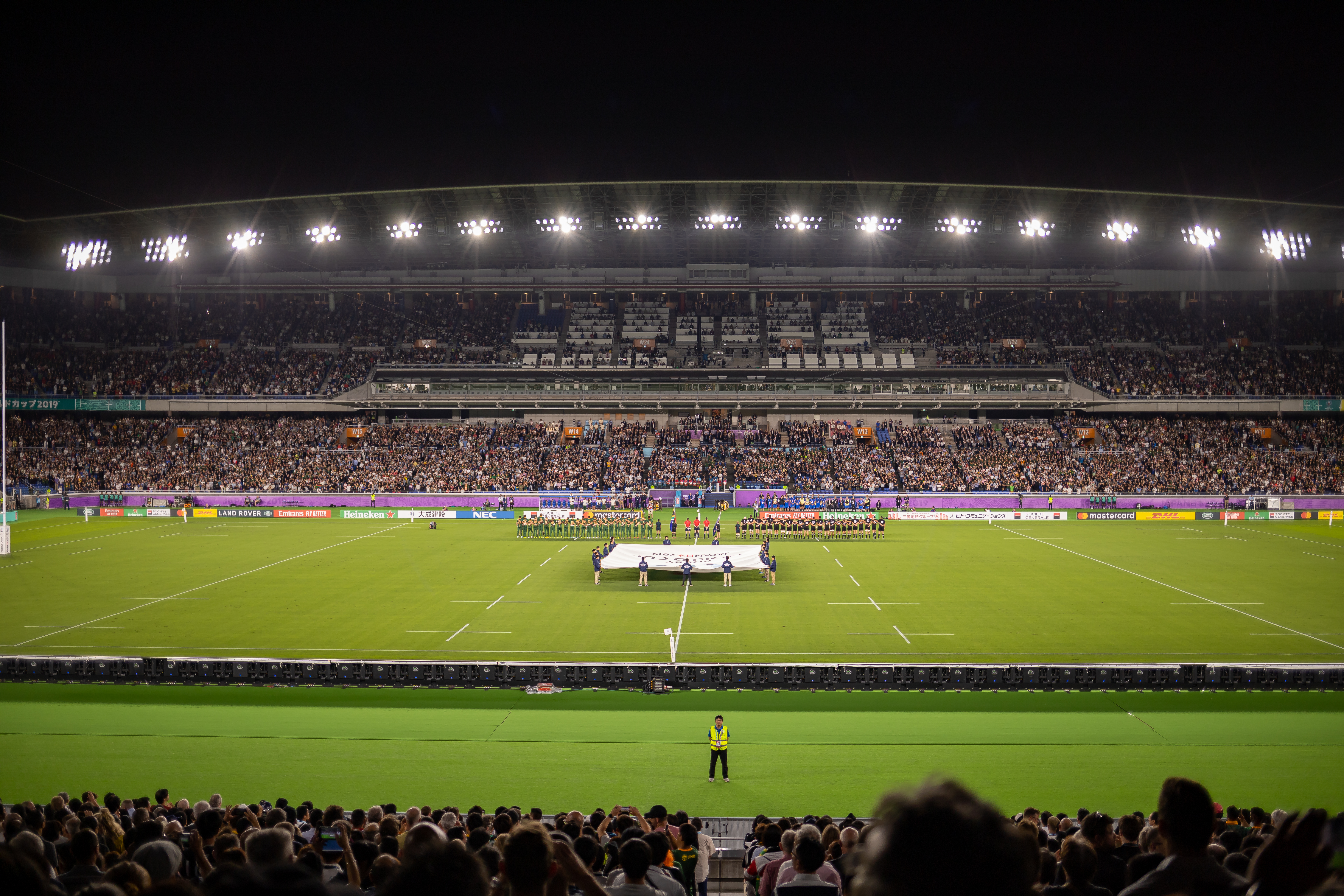 The eventual 23-13 win for the defending champions suggested one team was much better than the other. But one of South Africa’s best players on the night Cheslin Kolbe believes that at just 3 points behind at one stage, The Boks were always in it and may have emerged victorious had they minimised their errors.
Also Read: Kaya heads to the Rugby World Cup with FNB and the Springboks
And the legions of traveling Bokke fans agree saying after the match that this is but one slight misstep on a marathon journey that (if they can learn from it) will see The Springboks return to the Yokohama Stadium on the 2nd of November to lift the William Webb Ellis Trophy for the third time in their history.
https://www.youtube.com/watch?v=IMY6WrMfe0c
In partnership with FNB, proud sponsors of the Springboks, we are inviting supporters of the national rugby team to help us send words of encouragement to the Boks, by tagging us in your messages of support on social media with the hashtag: #WordsOfGreatness.