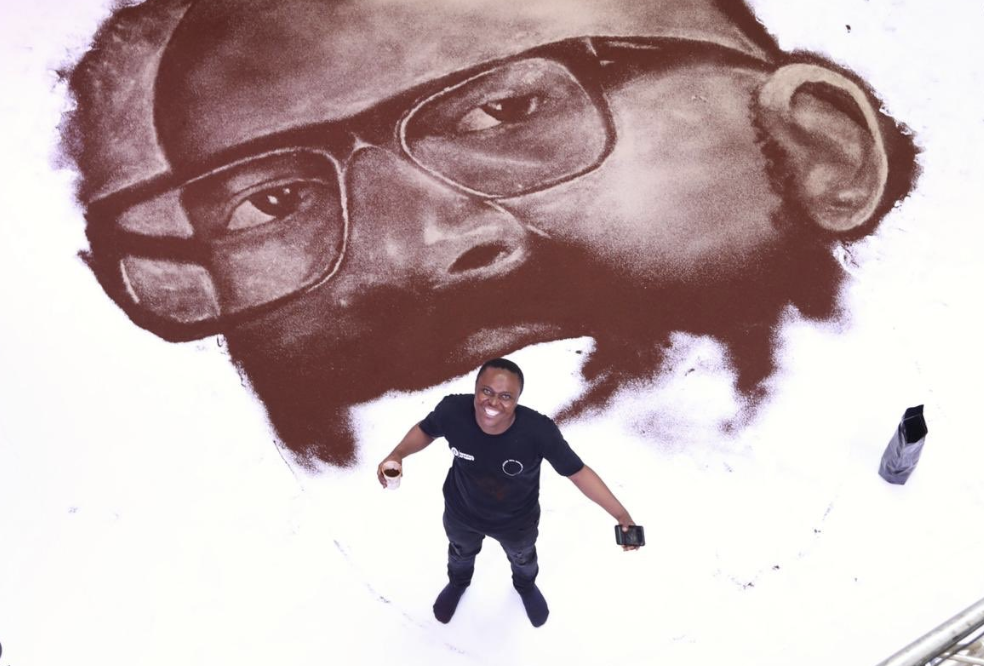 Today Percy Maimela attempted a Guinness World Record in Sandton City, painting the largest portrait of world-renowned Black Coffee made out of coffee beans. This morning he spoke to Kaya Breakfast’s David O’Sullivan, Thabiso Sikwane and Jason Goliath about how much of a big feat this world record attempt would be.

“The idea came about as a result of the event that’s coming, to produce the largest artwork live with coffee beans. An idea brought by the Sound Idea Sessions” 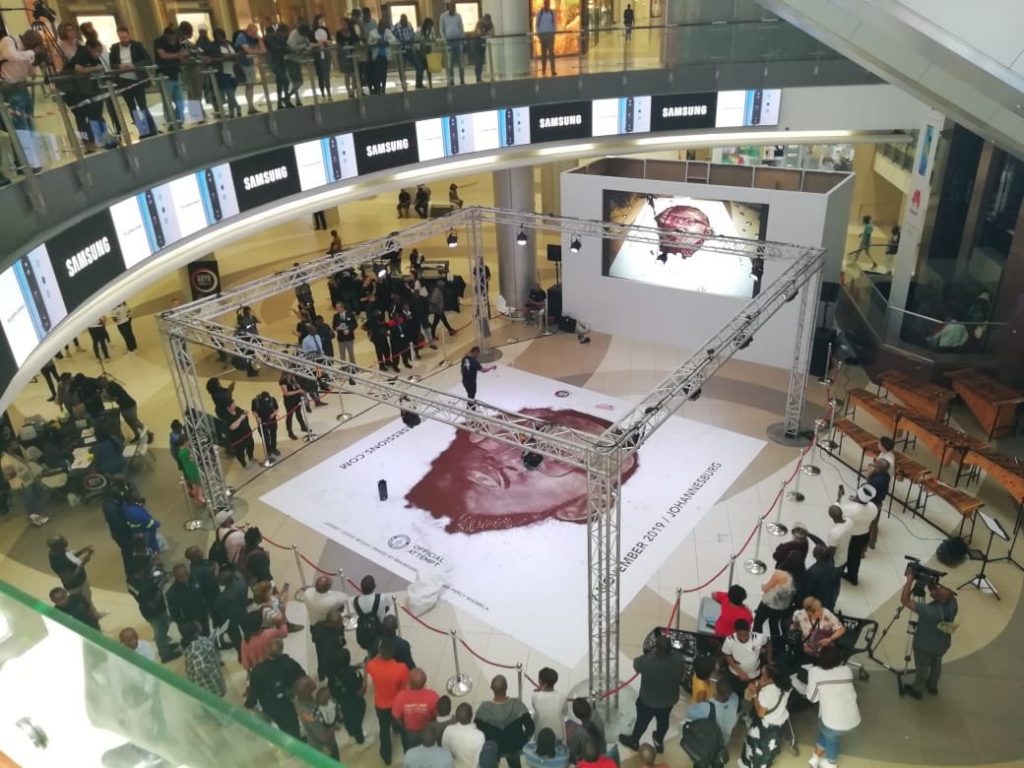 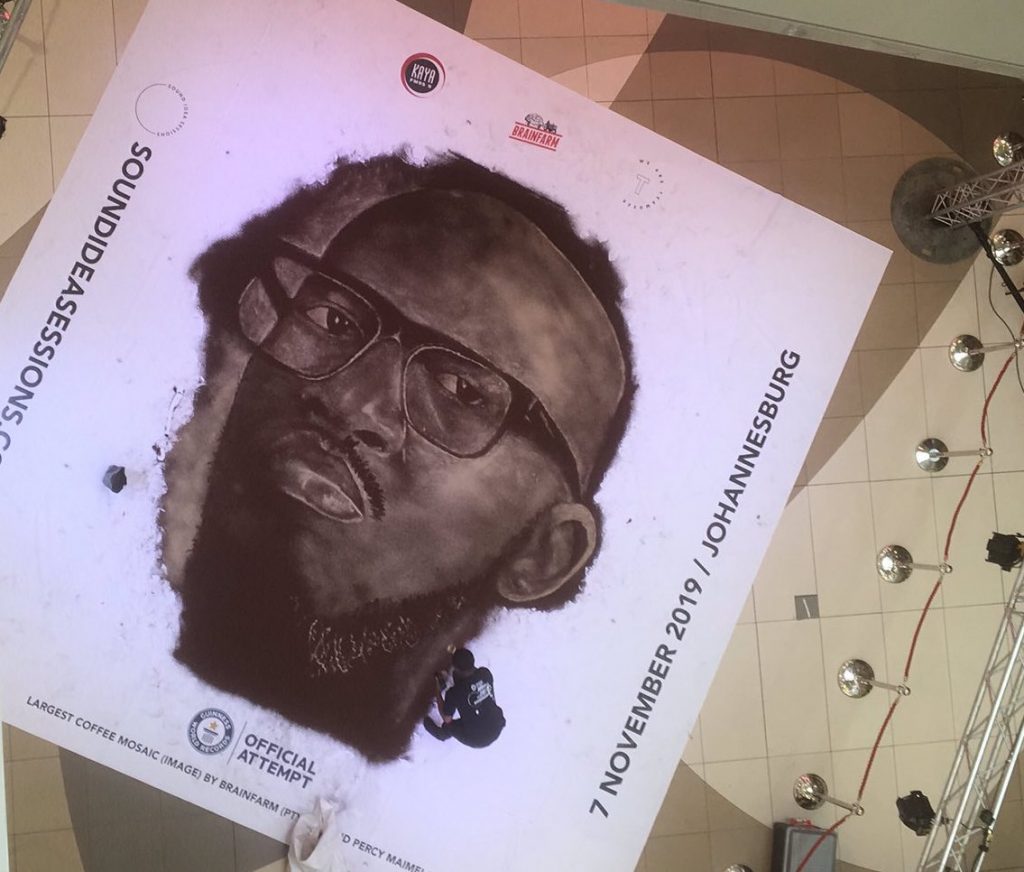 With this mammoth task ahead of him, he worked under the strict supervision of the panel from the Guinness World Record, who flew in all the way from the US to officiate this attempt.

Percy Maimela’s world record attempt is in conjuction with Growth Hacker. The big idea with this event is changing the stereotypical marketing process involving big budgets and PR agencies and replace it with tools that are testable, trackable, and scalable. Tools that work. This Growth Hacker Marketing Masterclass happening on the 7th of November 2019 at 1 Fox Junction in Johannesburg will unpack the new marketing rules and provide delegates with a road map to the future of marketing packed with valuable examples and case studies.

Percy Maimela is not new to creating portraits with non-traditional elements, born in Winterveld/Pretoria in 1985, now working at August House studios in Johannesburg, he discovered his love for art during his early childhood age.

Also Read: How The Drive Thru celebrated World Yoga Day

In 2014, Maimela discovered a way to make art with salt while working as a sales assistant at a grocery store. He then decided to pursue art as his part-time business; doing portraiture for commissions. Maimela became a full-time art practitioner in 2016 and was introduced to conceptual and investment art.

He chose to use coffee also a celebration of Black Coffee who is a renowned global growth hacker, that has grown his brand successfully to a massive world audience. He succesfully completed a 5x5m square coffee bean portrait which 100% in ground coffee with zero negative space, a big congratulations Percy Maimela.