OPINION: Are women and children free in South Africa? | KAYA FM
On Air 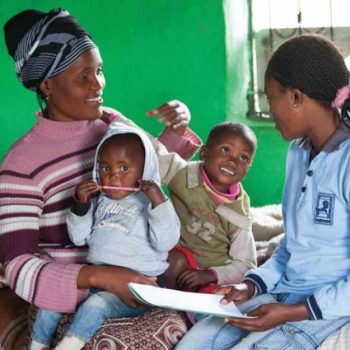 OPINION: Are women and children free in South Africa?

In 2016 an International finance magazine The Economist conducted an anonymous survey in a township north of Johannesburg – Diepsloot. The survey revealed that 38% of men (two in five men) admits to having forced a woman to have sex with them (Raped). Another scary statistic that had been quoted by many South Africans, and widely mentioned across the world, was that a woman or child is raped every 26 seconds in South Africa. This statistic indicates that over 1.2 million women and children are raped every year in South Africa. Between 2015 and 2016, 42,596 women and 15,790 children who have been raped reported the case. How are we free as women and children in South Africa?

There are a number of incidences in our society that have put children and women in a vulnerable circumstances and not feeling safe or free.

The recent artwork by Ayanda Mabulu depicting President Jacob Zuma and the late former president, Nelson Mandela, in a compromising position shifted the focus on the scourge of abuse of women and children plaguing our society. Much as Mabulu’s artwork is insensitive to say at the very least, it also demonstrates the social ills we are facing in our everyday life and how women and children in South Africa are still not free.

It seems like we shrug our shoulders and move on with our lives as if such incidents are normal, because we don’t want to take responsibility. Because we move on like nothing happened and this makes it seem like our society is normal. But is this moral decay normal? What happened to our humanity (Ubuntu)? Mabulu may have been a talented artist and satirist, but he may have taken his talent a bit too far. Our country is experiencing political turmoil and there are various ways Mabulu could have used to put his message across rather than resort to pornography.

Hot on the heels of Mabulu furore, came shocking news of Omotoso, a Pastor who sexually abused countless girls from his congregation. This purported man of God abused the trust of his victims and indeed his entire congregation. He used his power to satisfy his sick desire. A man entrusted with duty of spreading the word of God to blatantly abuse the very souls He is supposed to heal. How can women and children in South Africa be free? When their place of refuge has become a place where their rights are violated. Our society has become sick to plunge religion into disrepute all in the name of desire. Church is a place of worship where people go for spiritual upliftment. This man has turned his church into a brothel. Are our sisters, cousins, mothers and grandmothers safe and free?

The recent incident where 3 men in a taxi, in front of a 12-year-old boy sexually assaulted a young woman paints a picture of a sick society. The Quantum Rape – where women were being raped in the taxi. Would women and children ever be free in South Africa?

We have reached a stage in our lives where we have given up on turning the sorry state of affairs around. We are afraid to ask pertinent questions lest we are labeled “clever blacks”. We should be taking responsibility for our own actions. However our justice system is failing us, our justice system is not doing enough to bring to perpetrators of abuse of women and children to book. It is the duty of the justice system to severely punish those found to be on the wrong side of the law and deter would-be perpetrators and it also our responsibility to take ownership and hold people accountable for our actions and improve our attitudes as they impact our actions.