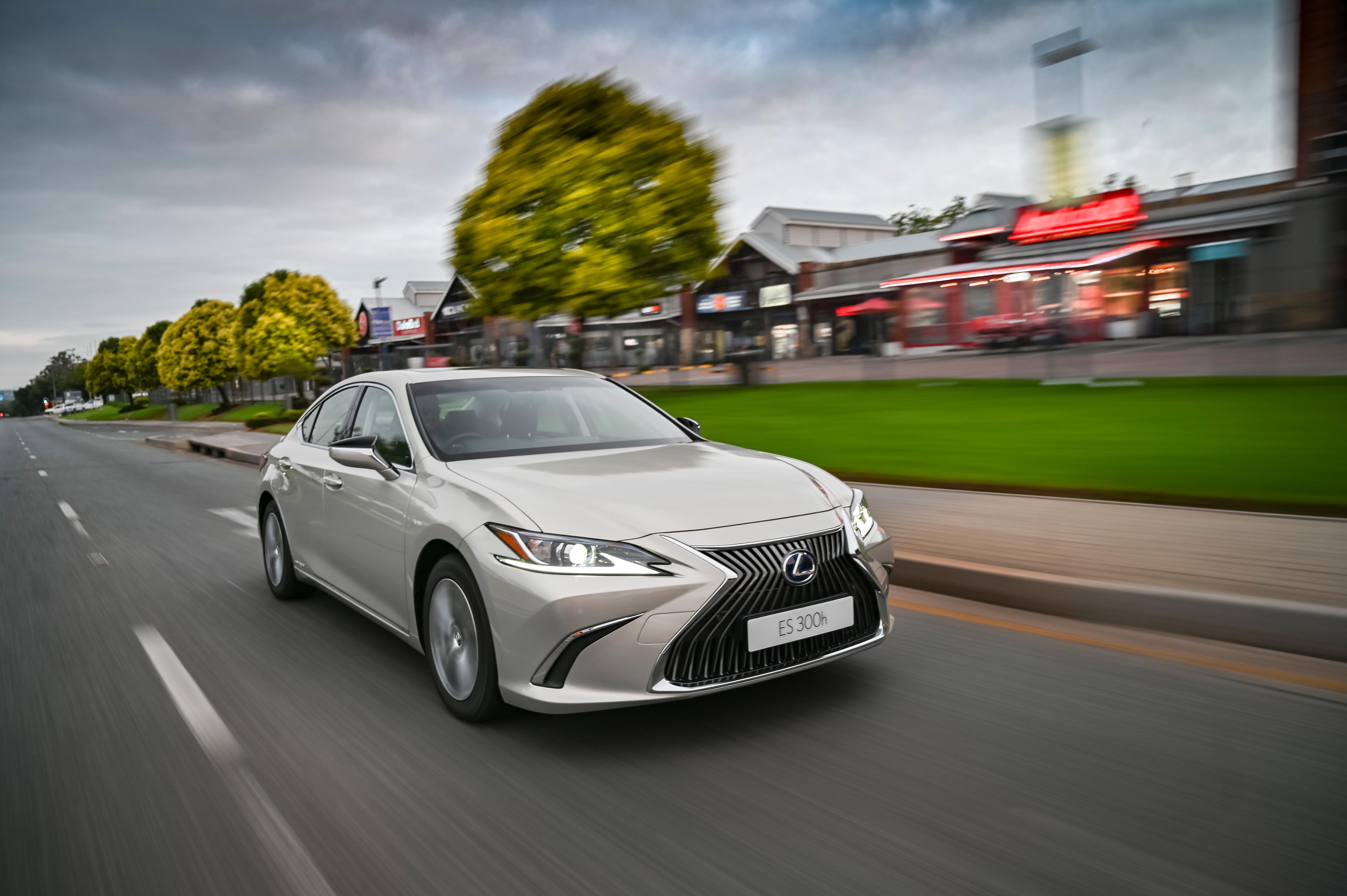 With our planet literally burning, sustainable driving is a no brainer. Melinda Ferguson felt eco-conscious for a day when she got behind the wheels of the new hybrid Lexus ES 300h EX. 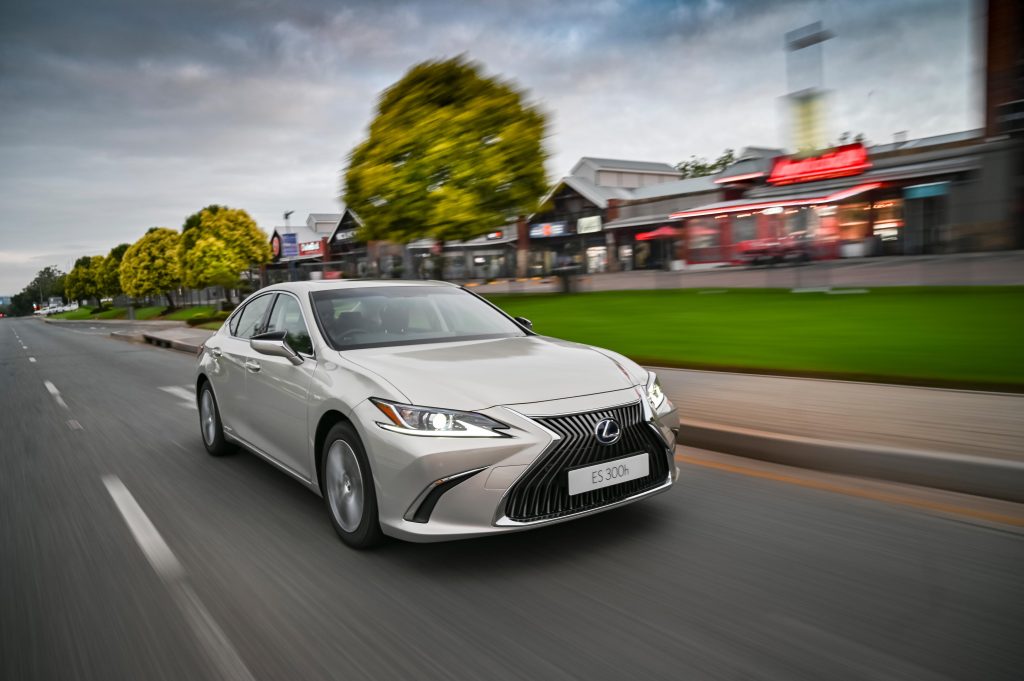 Over the past few years, I have repeatedly been a cheerleader for Lexus product. What I don’t get is why more South Africans haven’t embraced the Japanese premium brand. In the USA Lexus is a top seller – over 28 million units have sold since the iconic LS 400 was unveiled at the Detroit Motor show in 1989.

Lexus is regarded in the States as one of the hippest and most coveted brands, embraced by the gangsta rap and hip hop community, with huge street cred amongst music icons like Jay Z, Snoop Dog and will.i.am.

Since its local debut in 1994, less than 20 000 new units have sold in SA in 25 years! On many occasions, I’ve tried to figure out why the spindle symbol has only had niche appeal. In terms of quality and ride, Lexus can compete on any given day with the German premium pack. 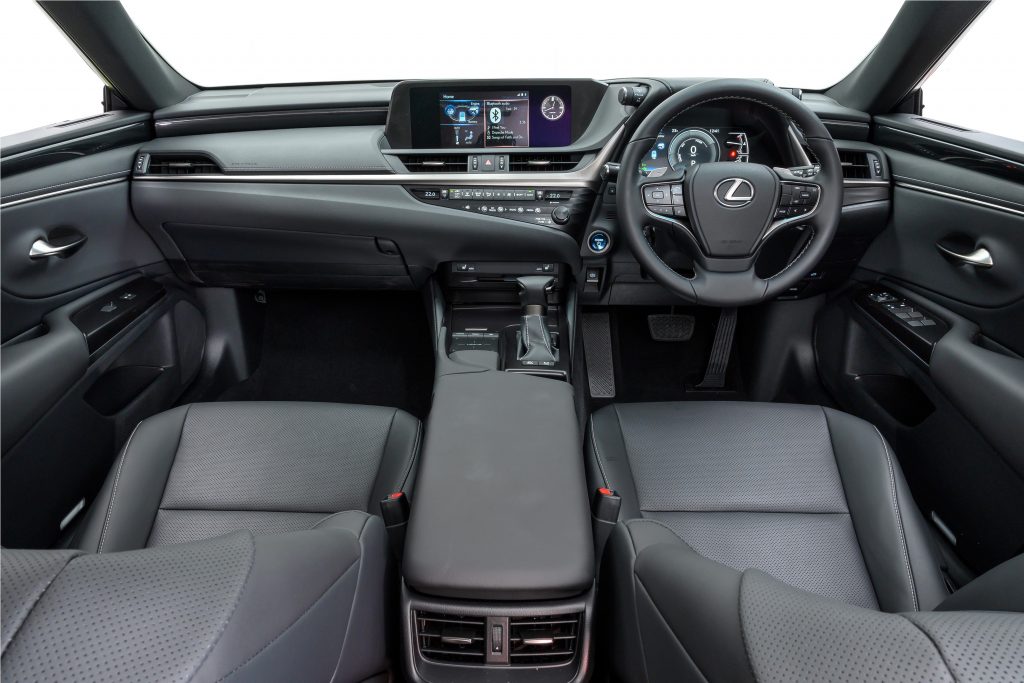 Much of Lexus’s appeal has to do with the bespoke quality of its build, overseen by a team of master Japanese craftsmen, known as Takumi who spend decades perfecting their craft. Before a Lexus leaves the factory, an intense inspection process takes place. Takumis scrutinise every stitch and panel to ensure quality is maintained to the highest perfection.

It’s also no secret that the premium Japanese brand has gotten behind hybrid motors in a big way. In 2005 Lexus introduced a global motoring game-changer when it launched the first self- charging hybrid, by way of the RX 400h SUV. Since then sustainable driving has become synonymous with the brand.

Which gets me to the latest Lexus launched last week – the ES 300h EX. Now don’t be confused by all those E’s and X’s. In 2018 Lexus launched the ES range in South Africa, starting with the straight petrol ES 250 as a rival to the BMW 3 Series, the Audi A4 and Merc C-Class. 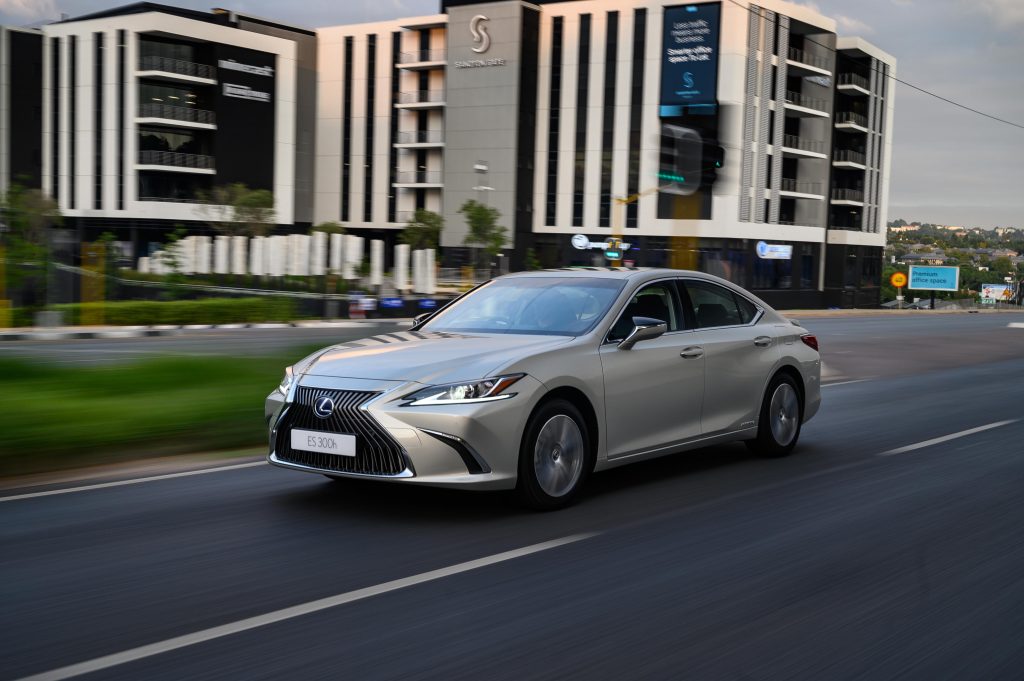 It was later joined by the top of the range ES300h SE ( a hybrid model with the most premium spec). Last week an exciting alternative was launched – the mid-range ES 300h ES – basically giving consumers a more affordable choice of hybrid in the range.

The new ES is a 2.5-liter, 4-cylinder hybrid petrol engine with outputs of 160 kW and 221 Nm of torque that works beautifully in conjunction with an electric motor. During the launch drive, I got to experience the ES on both the open road and as well as in the city where the electric motor seamlessly kicked in, allowing the hybrid to post excellent fuel consumption figures. Now don’t be put off by the terms “electric” or “hybrid” – the ES 300h EX is far from a slouch. There’s plenty of power when going all out petrol – although if you are addicted to cars that grunt and growl you may find its serene silence disconcerting.

Besides being a highly economic drive with consumption figures around 5.8 liters /100km, the ES oozes premium. The interior design looks and feels expensive, with intricate detail in stitching and finishes. Backseat passengers have plenty of legroom and for the techies, there are 3 USB charging points – 2 in the front and 1 in the rear. Good news is Lexus has finally introduced Apple CarPlay and Android Auto which will now be available in all new models. The ES 300h EX has some impressive standard spec including 17-inch wheels, a kick-ass 10-speaker sound system, cruise control, heated seats for the front passengers and a reverse-view camera, in tandem with park distance control.

When comparing pricing to its German counterparts, the Lexus ES 300h EX is competitively priced, with more generous standard specs. But despite the evidence that our planet is literally burning due to the climate crisis, I have my doubts whether South African drivers really care about fossil fuels and carbon emissions. The time is clearly now to change the way we drive.

Also Read: The Hierarchy of Maserati

All Lexus models are offered with a standard  7-year/105 000km warranty and maintenance plan.