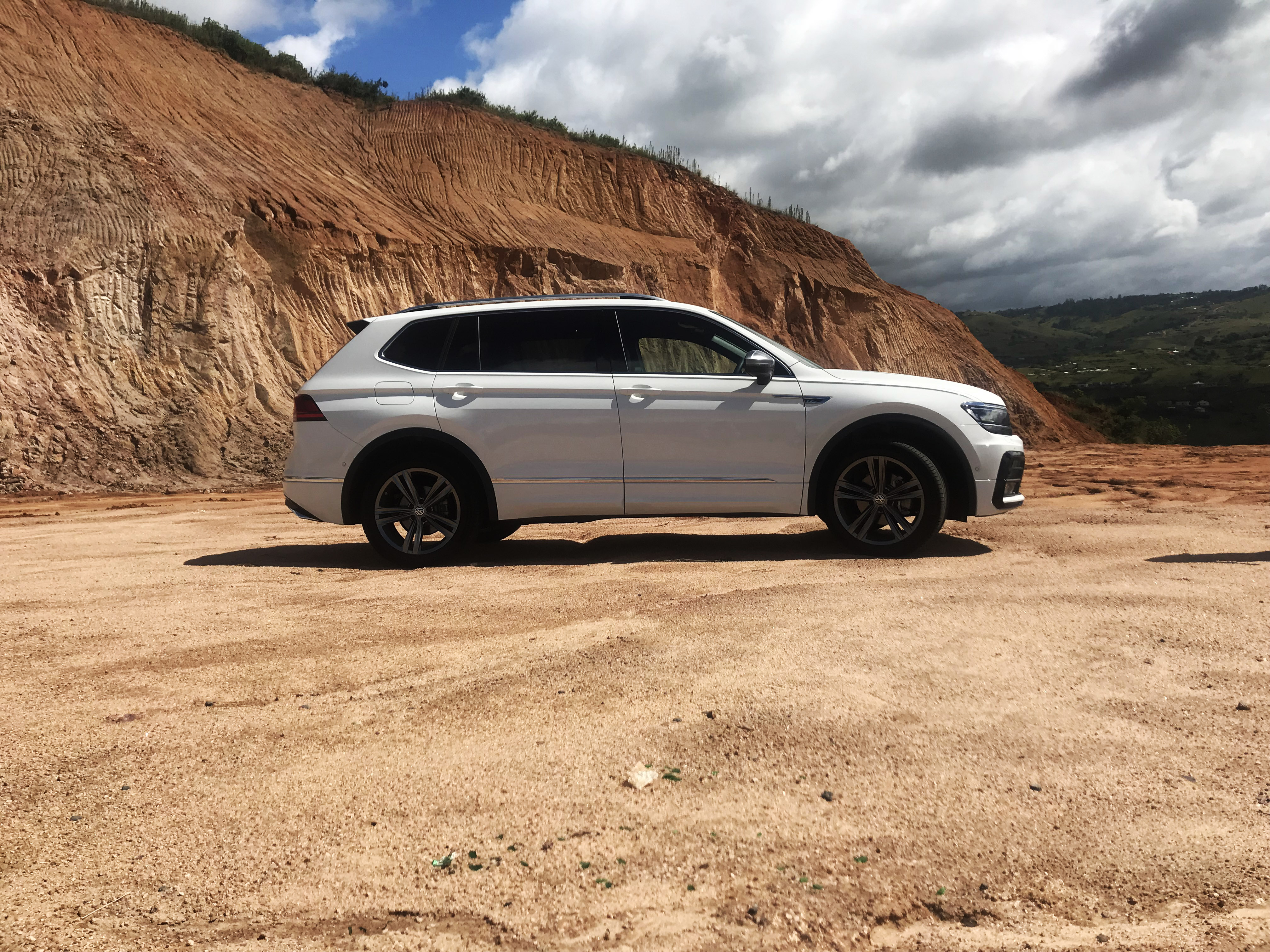 The history behind the name Tiguan is that Volkswagen wanted us to believe is that its audience was in need of the Tiguan model which is a blend of the German words for tiger (Tiger) and Iguana (Leguan), It’s pronounced TEE-gwan.

The Allspace is basically a long-wheelbase and long-body version of the second-generation Volkswagen Tiguan that arrived last year. The extra length has freed up some room for a pop-up third row of “kids-only” seats and extra luggage space. We think VW added these seats for Afropolitan families who are die-hard crossover SUV fans and are in dire need of that extra space for their travel needs. Think of it this way, the previous generation of Tiguan is a normal iPhone 7 and the new Allspace is the iPhone 7 plus which is bigger in size.

Compared with the regular car, the Allspace sits on a wheelbase extended by 109mm and is 215mm longer overall. This helps to provide more leg room, a larger boot, and up to seven seats. The new model also features a slightly bulkier design, thanks to several styling changes, including a taller-looking bonnet, extended rear doors, a tweaked C-pillar and a slightly altered roof. 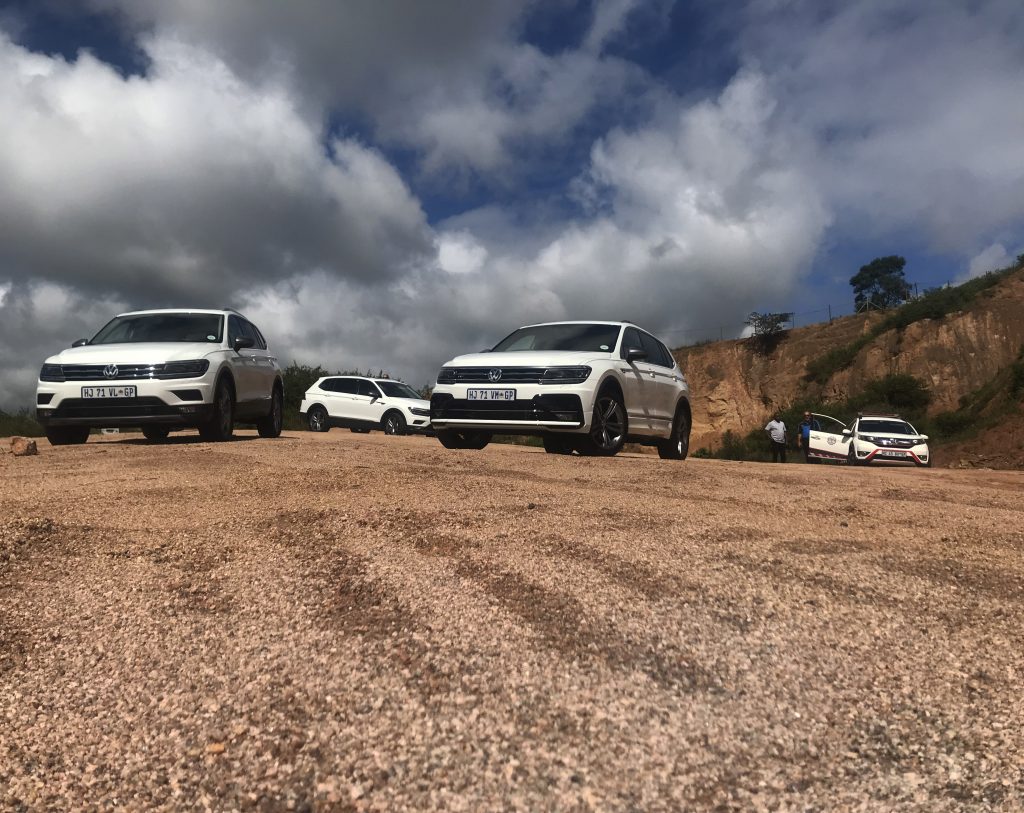 The Allspace shares its five- drive-train choices with the Tiguan (four-cylinder petrol and diesel, front- and all-wheel drive), but omits the entry-level Trendline specification and a manual gearbox choice. So, it’s Comfortline and Highline and DSG auto-only.

By SUV standards, the Tiguan Allspace rides very well. It smooths over bigger imperfections, such as speed bumps, better than its rivals, yet the suspension is still firm enough to stop the body from bouncing up and down too much along undulating roads.  Patched-up roads and potholes can unsettle the car a little – especially if you choose a version with big alloy wheels, however when compared with its key rivals, the Allspace is comfortable.

The Tiguan Allspace handles more like a conventional hatchback than many of its SUV rivals; it’s genuinely enjoyable to drive. Okay, the BMW X1 is more agile through twisty roads but the Tiguan Allspace outshines most other family SUVs, including the Kia Sportage and Nissan Qashqai.

There’s plenty of room up front for even the tallest of drivers. There’s loads of adjustment in the seat and steering wheel, and you’ll find plenty of room for all of your odds and ends. The added length has been put to good use. 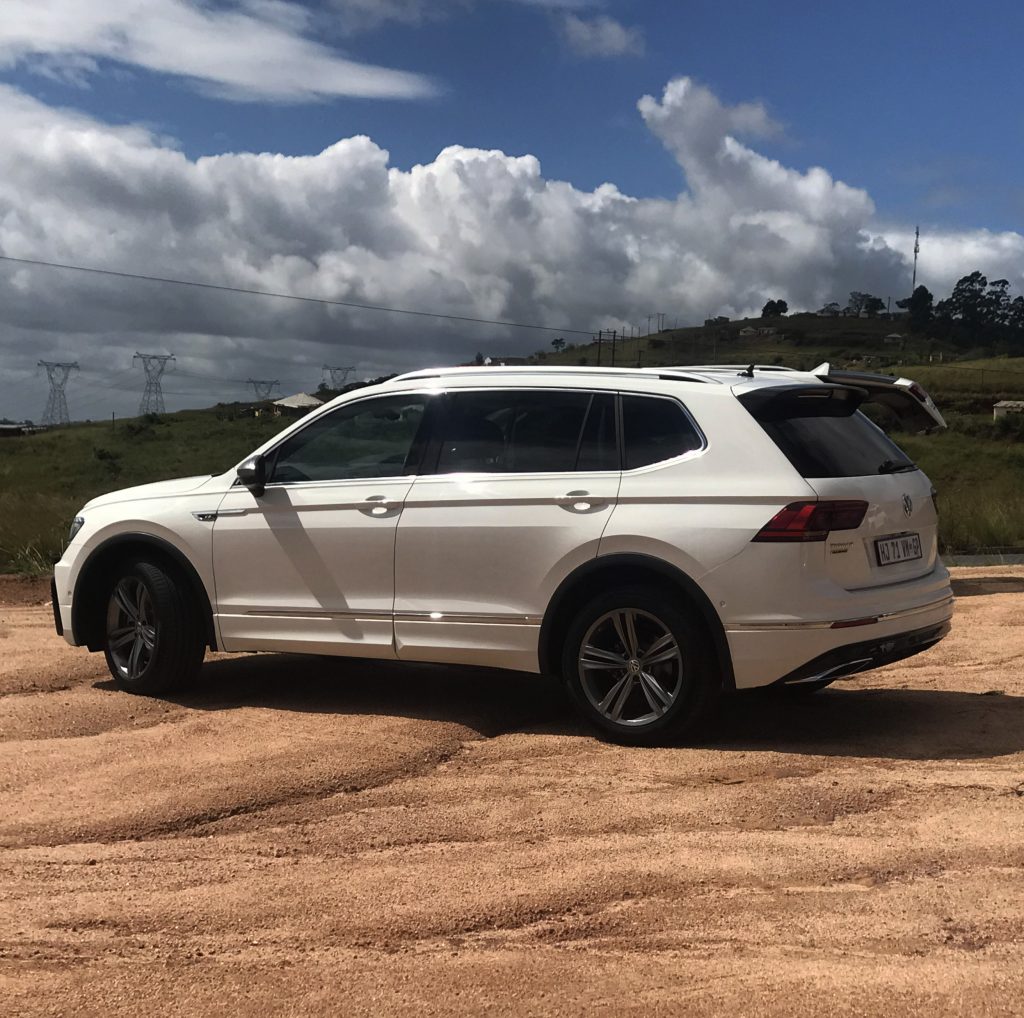 The Allspace has a few added standard features and two conveniently added seats, however, it is a bit pricey as compared to the previous generation.