Gertrude Shope -- From The Class Room to Umkhonto Wesizwe
On Air

The Best T in the City - #PlatinumFridays Presented by T Bose 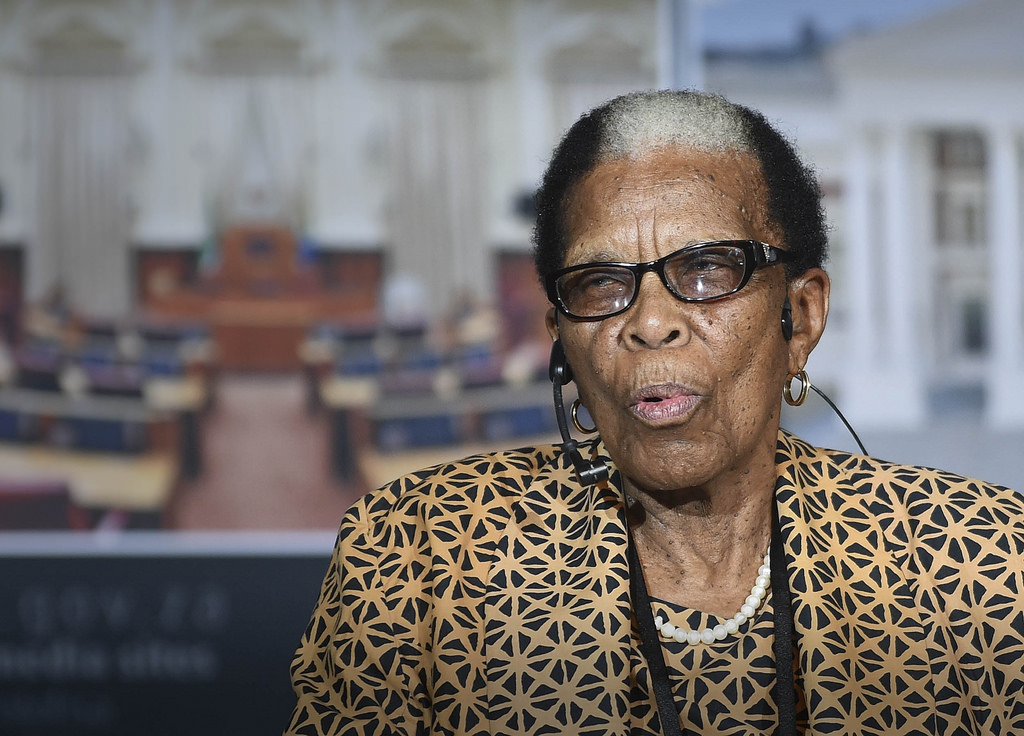 In 2017, Gertrude Shope was a Panelist at one of the many thoughtful events held to commemorate the centenary of former ANC president, O.R Tambo.  Most young people are slowly becoming aware of the impact of our woman struggle heroes. At the Tambo 100 event we became aware, some of us for the first time, not only of her but of the extent of her contributions to the struggle.

Gertrude Shope was born to South African parents but grew up in Zimbabwe. A qualified teacher, Shope eventually left education because she refused to be part of disseminating Bantu Education.  She instead favoured more empowering work such as in nursing and teaching other women craft skills. She was a member of the Federation of South African Women (FEDSAW) and its Jabavu branch chairperson for a time in the late 1950s and early 1960s. At the 2017 Tambo 100 memorial women’s month event, Shope was in conversation with Frene Ginwala and Nana Ngobese who served UMkhonto Wesizwe in exile much like her.

Shope went into exile in 1966 where she joined her husband and got more entrenched in the anti-apartheid struggle. Her activism while in exile led her to different roles such as secretary of the ANC’s Women’s Section president. Gertrude Shope was the ANC’s Chief Representative in Lusaka, where her family was primarily based. In later years, she was also president of the ANC Women’s League and member of the first democratic parliament.

Rewind to the Rivonia trial in 1963 and 1964, and to the long list of named accused and co-conspirators. Shope’s name appears alongside the names of Oliver Tambo and Joe Slovo as a co-conspirator. Bram Fischer, one of the lawyers for the Rivonia Trialists, would later play a role in encouraging Shope to go into exile. It’s in exile where her political activism kicked into a higher gear. In exile, Shope’s family, which included a daughter, Lyndall Shope-Mafole, who would go on to co-found COPE in 20018, was raised always, to “always think of the people back home.”

Let’s celebrate Shope and many others who walked with Mandela in his long to our freedom.