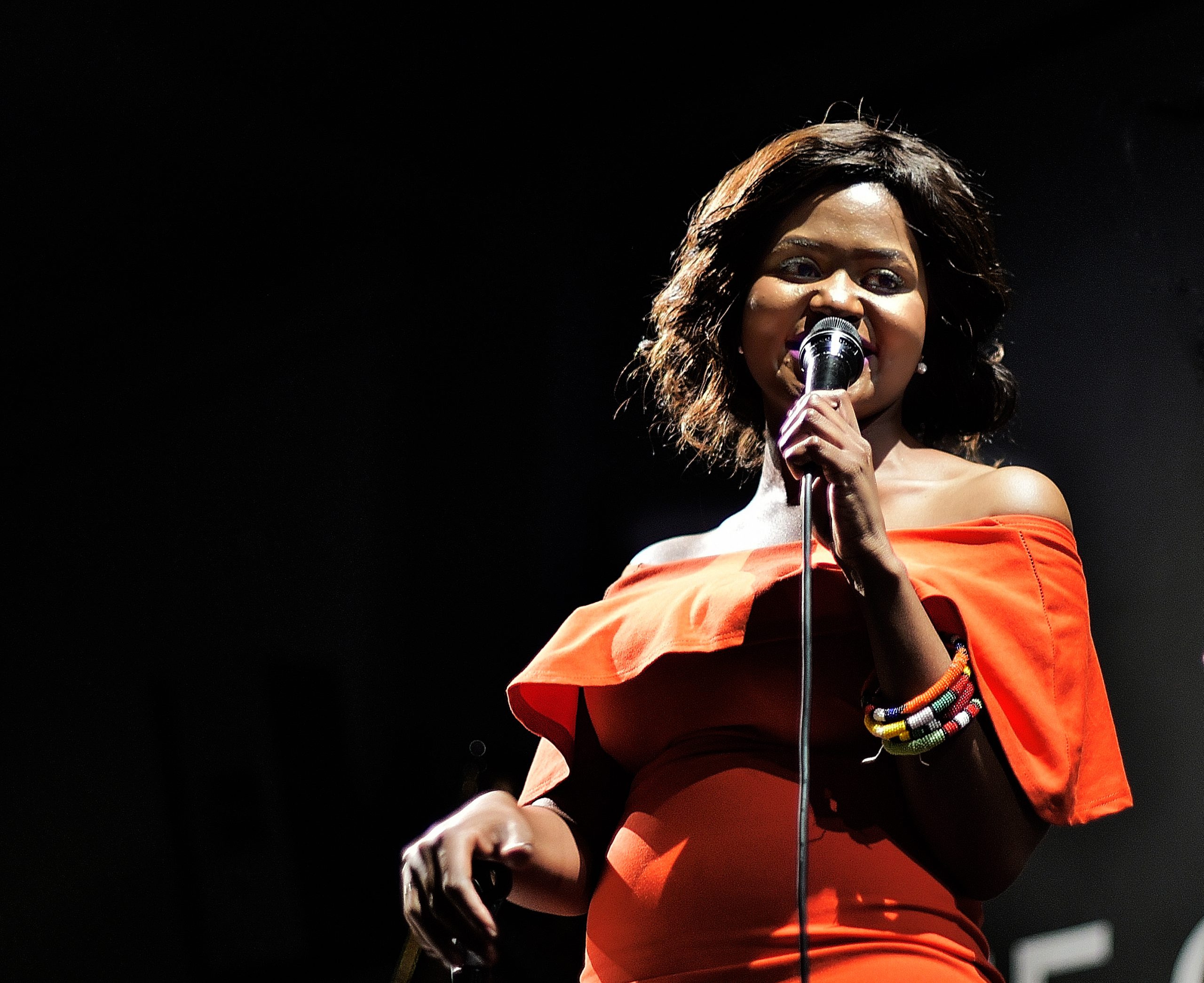 Born into a musically gifted family, her late grandfather, CB Qwesha was a musical genius and composer. His greatest work – Ndisindise O Jehova, Save me Oh Thou Jehova became one of the world’s greatest hymns. Titi has become a household name in the jazz and afro soul circles of South Africa. After completing matric in 2010, she moved to Cape Town where she studied for a BMus in Jazz Performance at the University of Cape Town; and a course in Performing Arts at the University of the Western Cape to further her understanding and love of music.

By the age of 26, she had shared the stage and worked closely with local and international musicians: Feya Faku, Gloria Bosman, Judith Sephuma, Tsepo Tsola, Caiphus Semenya, grammy award winning George Benson, Siphokazi, Thandiswa Mazwai, Simphiwe Dana and many others.

She has been invited at prestigious corporate events, leaving clients and stake holders mesmerised and yearning for more. These include:

• The 21 Icons Gallery Auction, where princess of Africa Yvonne Chaka-Chaka praised her.

2011 saw Grammy award nominated and world renowned producer Zwai Bala take her under his wing, to develop and nurture her vocal ability. They worked together carefully crafting her debut album while she continued performing and gaining valuable experience as production assistant at Bala Brothers Productions.

This young and dynamic Modern African Jazz artist, with a voice mature and beyond her years has taken every experience in her stride and worked on various award winning albums including:

Titi has built a huge following after she introduced and refined a concept that was a tribute to her mother, Vuyelwa Qwesha – Luzipo who has not only been a major musical influence but also a renowned songstress. This concept was titled called “#SongsMyMotherTaughtMe”. With the help of Concerts SA and SAMRO Foundation, Titi completed a national tour in 2017 under this concept and her shows sold out in both Durban and Cape Town and made headlines in four provinces. At her show held in Port Elizabeth, she shared the stage with her mother. 3 | P a g e

She then started a movement #BeingWomxn as part of the eradication of femicide, that seeks to heal and celebrate women who are survivors of gender based violence, misogyny and patriarchy.

In March 2019 her long awaited single “Being Woman” was released and has since given over seven mainstream radio interviews. The single was listed as number 27 on the global Google Play charts and number 22 globally, on the iTunes Charts.

Titi released her debut album under the production of Luyanda Madope in July 2019 which she first launched in her hometown Port Elizabeth. The impeccable show which featured guest artists as per the record – McCoy Mrubata and Ringo Madlingozi was a sold event. Titi received the very first recognition award to be issued by the local government of Nelson Mandela Bay in honour of her album launch. To date, she has also received nominations in the Mzantsi Jazz Awards in the categories Best Jazz Song and Best Female Artist.

“My desire has always been to evoke emotion through my music. I have always seen myself as a vessel carrying melodies of hope, love and healing. This is my calling.”

‘Titi is a gem! The future of jazz is in great hands’ -The Times-

‘My eyes were glued from the