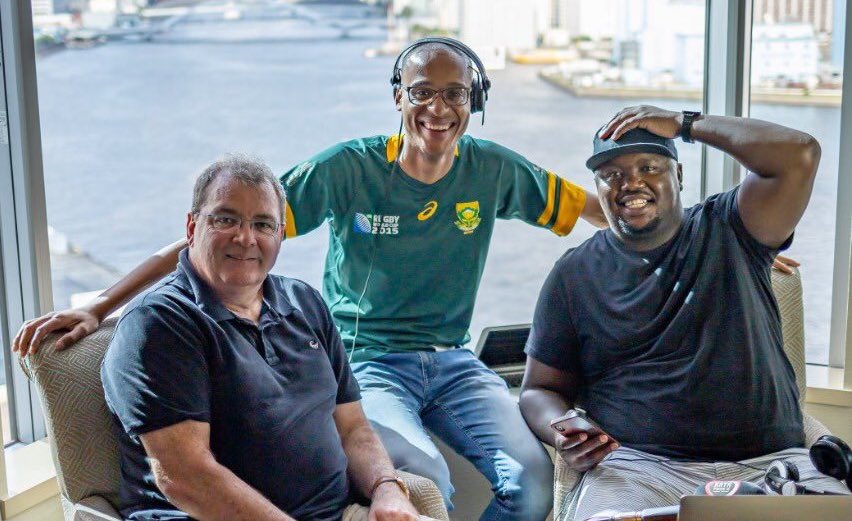 David O’Sullivan takes us through his first day in Japan

For my first blog post about the KayaFM trip to Japan, I was anticipating telling Afropolitans about the team’s first impressions of the capital city, Tokyo. Our team is 8-strong with presenters Skhumba Hlophe, Mosibodi Whitehead and I am travelling to the Rugby World Cup with KayaFM’s MD Greg Maloka, head of marketing Brenda Modibane, head of brand Amu Mathebula, executive producer Ncebekazi Manzi, head of PR Ntombi Shezi, head of technical Nizaam Ajouhaar and KayaTV’s JD Mostert. We are attending the Rugby World Cup courtesy of FNB, in support of their fabulous campaign to get all Afropolitans behind the Boks by sending messages to the team on social media using the hashtag #WordsOfGreatness.

We were over an hour delayed on the ground at OR Tambo International because, as our Cathay Pacific captain informed us, they were re-doing their calculations on how much weight the Boeing 777 was carrying. As it turned out, the plane was a bit too heavy – understandable when you saw the size of some of the South Africans decked out in their Springbok regalia who were flying to the Rugby World Cup with us. 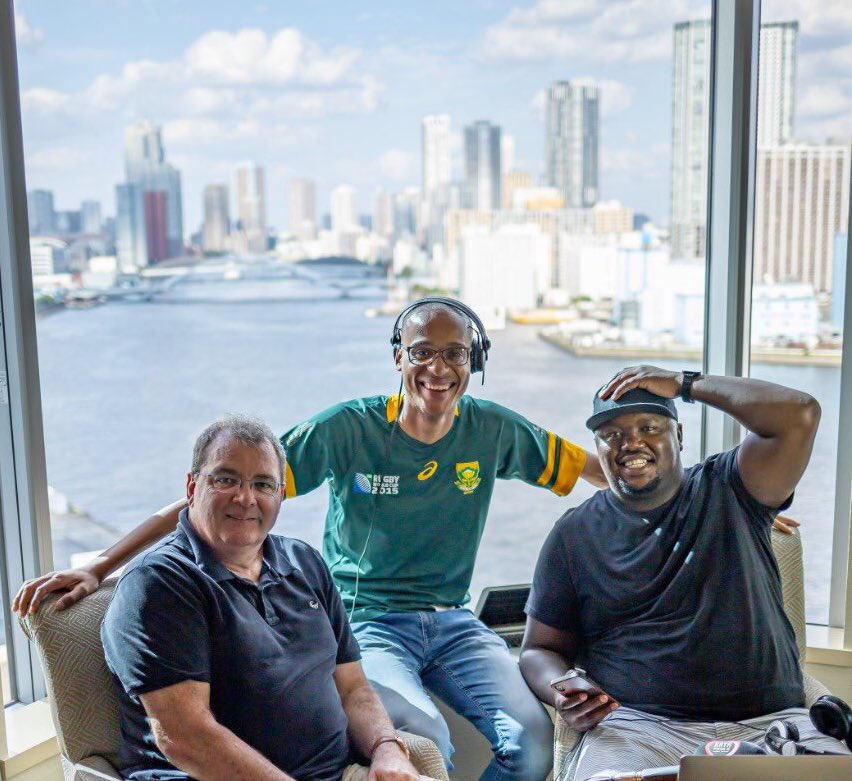 So, in order to get airborne, the plane had to dump some fuel. That meant there wasn’t enough fuel onboard to reach our initial destination of Hong Kong. We had to land in Bangkok to refuel at 2 am (known as a “tech stop” in aviation lingo), which threw our schedule out the window.

We arrived in Hong Kong four hours later than scheduled and our connecting flight to Tokyo had already left. But Cathay Pacific has clearly been through this kind of problem before and we were booked on to a later flight (along with the large rugby supporters, who had become a lot more tired and a lot quieter as the lack of sleep kicked in).

In Japan the statue of Hachiko the faithful dog is much revered. For 10 years he waited at Shibuya station for his owner who had died of a stroke. Hachiko is a symbol of loyalty. Today, he’s dressed in the colors of the Japanese rugby team. #WordsOfGreatness @kayafm95dot9 pic.twitter.com/kY37yVguM5

We eventually arrived in Tokyo at 10.30pm. We had been on the go for 27 hours. If you are like me and unable to sleep in a tiny airline seat, this meant no decent sleep for 27 hours. However, I did get through 5 movies and two documentaries.

We’ve been unable to get a proper sense of what Tokyo looks like as we arrived in the dark, except that the highways are impressive and, like the M2 in Johannesburg, undergoing maintenance.

So, what had I learnt so far? I’ve learnt that Japanese immigration officials are friendly and can speak English (it really helps to make a good impression straight away).

I’ve learnt that toilet seats in the Intercontinental Hotel Tokyo Bay, where Team Kaya is staying, are heated. I don’t know if this is a thing in Japan, but in one long hallway at Tokyo’s Narita International Airport, over 300m of advertising space was dedicated to showcasing the latest in heated toilet seats. The Japanese may well pamper themselves when they take comfort breaks.

I’ve learnt that 4G connectivity in Tokyo is fast.

I’ve learnt that the room service closes at 11 pm.

Tomorrow is going to be fun!