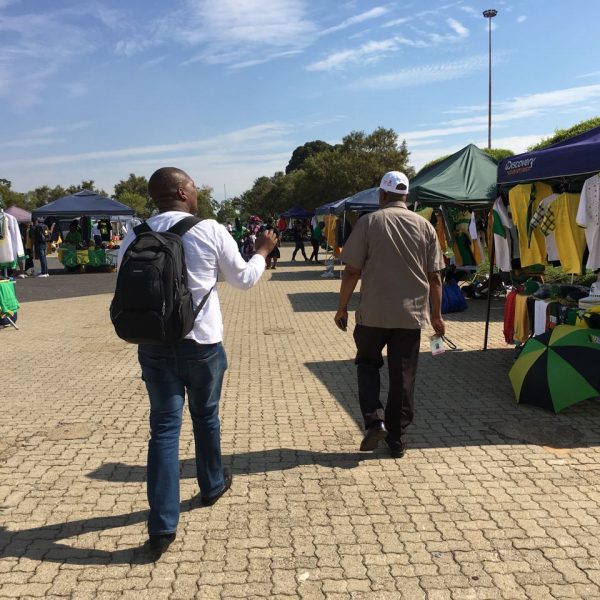 A police representative identified as Tankiso Moshoeshoe, who is part of the police’s VIP’s protection unit, pushed and shoved Mkokeli after requesting that he remove his media accreditation and hindering after raising concerns with the way the media was treated at the conference which started on the 16th of December. Mkokeli and fellow journalists were waiting for an address by newly appointed President of the ANC, Cyril Ramaphosa and some NEC members, outside Hall 5 in Nasrec.

Journalists had been waiting in the blazing sun and Mkokeli, who is the chairperson of SANEF’s sub-committee on media freedom, raised these concerns with Mokoena, thereafter the scuffle occurred. Kaya FM’s Shoeshoe Qhu, together with other members of the media stood in support of Mkokeli retrieving his accreditation.This is but one of many incidents reported by journalists of harassment by security officers at the ANC conference which is due to end on the 20th of December.